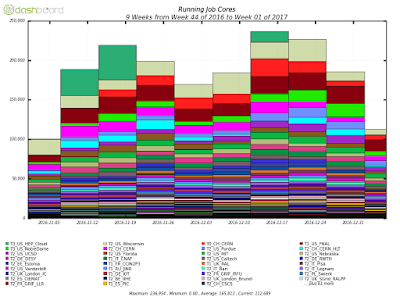 Posted by Douglas Thain at 6:37 AM No comments:

IceCube Flies with Parrot and CVMFS 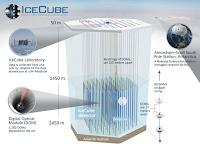 IceCube is a neutrino detector built at the South Pole by instrumenting about a cubic kilometer of ice with 5160 light sensors. The IceCube data is analyzed by a collaboration of about 300 scientists from 12 countries. Data analysis relies on the precise knowledge of detector characteristics, which are evaluated by vast amounts of Monte Carlo simulation.  On any given day, 1000-5000 jobs are continuously running.

Recently, the experiment began using Parrot to get their code running on GPU clusters at XSEDE sites (Comet, Bridges, and xStream) and the Open Science Grid.  IceCube relies on software distribution via CVMFS, but not all execution sites provide the necessary FUSE modules.  By using Parrot, jobs can attach to remote software repositories without requiring special privileges or kernel modules.