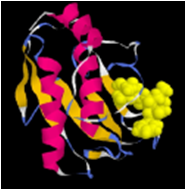 
- Jesus Izaguirre, University of Notre Dame and Eric Darve, Stanford University
Posted by Douglas Thain at 11:07 AM No comments: